It may be useful to encapsulate molecules of interest in order to protect them from outside attacks, especially oxidation, in order to convey them to a site of administration where they will be able to be delivered or else in order to store them before use under conditions where they will be released from their capsule under the influence of an external stimulus.
Various types and morphologies of capsules and microcapsules have already been proposed.
The drawback of the already-known techniques is that the release of the molecules of interest from the capsules and microcapsules proposed in the prior art is usually slow and gradual.
To date, no system exists that allows a rapid and complete release of molecules of interest under the effect of an external stimulus under mild conditions.

In the present work, the inventors originally developed wax@SiO2 capsules that allow encapsulation of one or more molecules of interest which may be released rapidly and completely under the influence of an external stimulus, and in particular an increase in the temperature à DI 02919-01 FR2948581 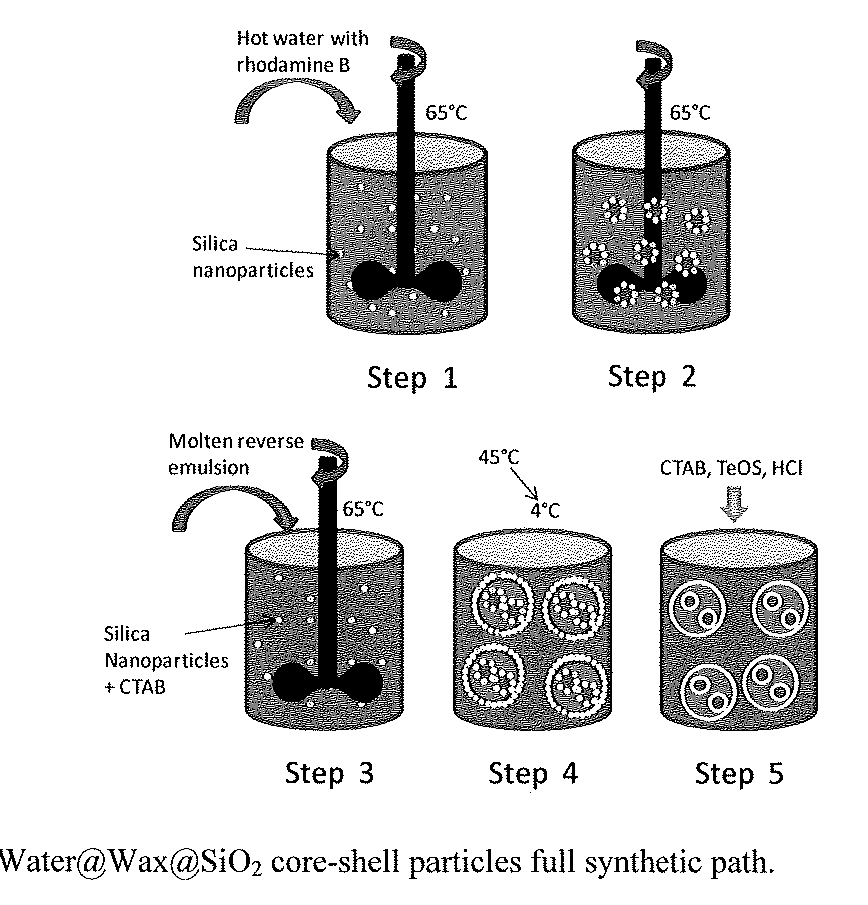 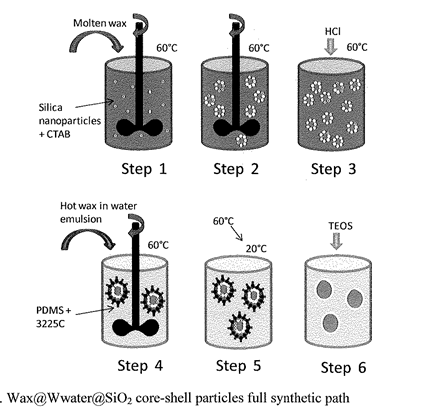 Preparation and utilization of said capsules have been fully assessed on a laboratory scale.

Molecules of interest encapsulation and release for the pharmaceutical, cosmetic and food industry.