Uses of quinolinones derivatives as a research tool

French patent application FR1004444 filed in November 16th, 2010 and entitled “Use of quinolinone derivatives as a research tool” 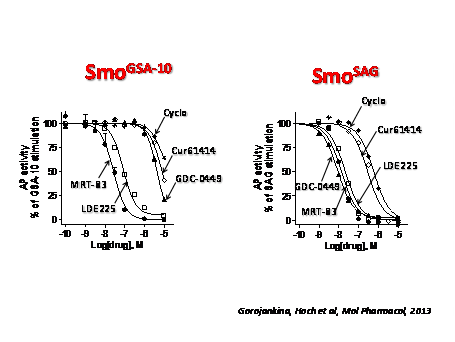 The compounds could be mainly used as a drug for the treatment of tumors associated with a hyperactivation of the Hh protein signaling pathway (medulloblastoma, glioblastoma, basal cell carcinoma, rhabdomyosarcoma, pancreatic cancer etc.). Furthermore, in addition to cancer, these compounds can find applications for the treatment of a large number of diseases, notably diseases in which a blockage of the Hedgehog signaling pathway could be beneficial.