Bread baking requires a large quantity of energy – roughly 2 to 5 Mjoules /kg  that is  2 to 3 times higher than the energy required for the same mass of a food product in the form of canned food for example. Furthermore food habits are changing in the world : we see in most European countries a decreasing consumption of bakery products at home while the consumption of bakery products outside home increases significantly. This market trend is supported by specific technologies such as partial baking of bread which are refreshed (second baking) in baking stations or in restaurants. There is thus a need to develop low energy demanding equipments.

The  invention concerns a baking oven for the baking of dough made of cereal flour, in particular a fermented dough, which includes a sole in refractory material and thermally insulated surrounding walls.

The main characteristics of the invention lies in that the heating means consist exclusively in IR radiation lamps located in the top of the cavity of the oven and directed in the direction of the sole. No other heating means are required. Baking can be done as usual in a two step process (preheating followed by baking). Comparison of energy consumption  and bread quality have been performed on two similar commercial ovens (0.2 m3 – 1 m² internal surface); one oven has been modifed according to the invention whereas the second one was used as a control. Results show that pre-heating lasts respectively 9 and 40 min. The energy consumption was respectively 2,450 and 5,000 Wh for the preheating phase and 680 and 1,340 Wh per kg of dough during the baking phase.

Selected quality attributes of bread (moisture content, hardness, pores size, colour, taste…) were not affected by this baking technology in comparison with the control oven. The specific energy used  by the innovative oven according to the invention was around 50% lower than that used by the standard oven during pre heating step whereas the duration of this step was reduced by 77%. Globally, the energy consumption was reduced by 40 to 50% for a complete baking cycle (preheating plus baking).

Rapid preheating of the oven; low energy consumption; easy to implement, no modification of baking process, bread quality equivalent to conventionnal oven; concept can be installed in existing oven. 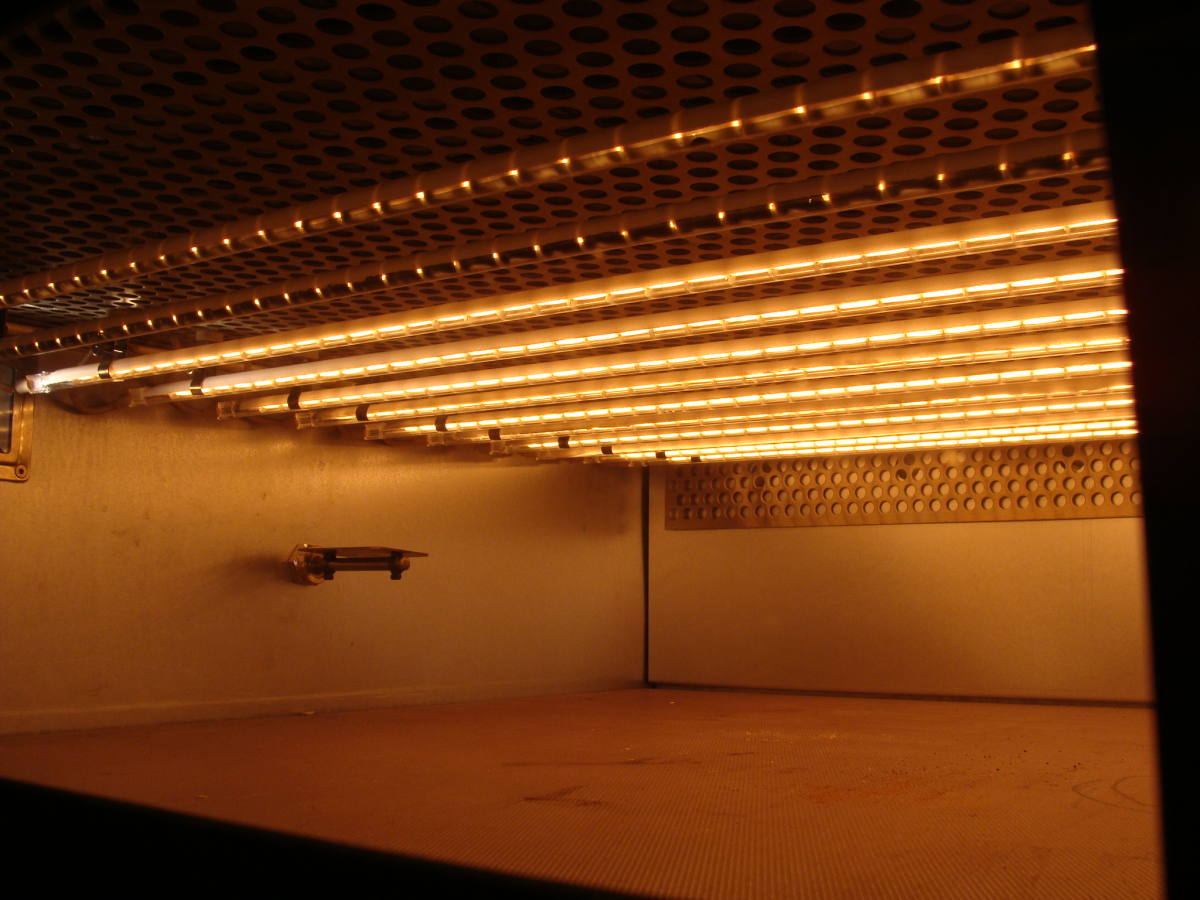